Who’s Really Keeping Women Down in the Workplace? 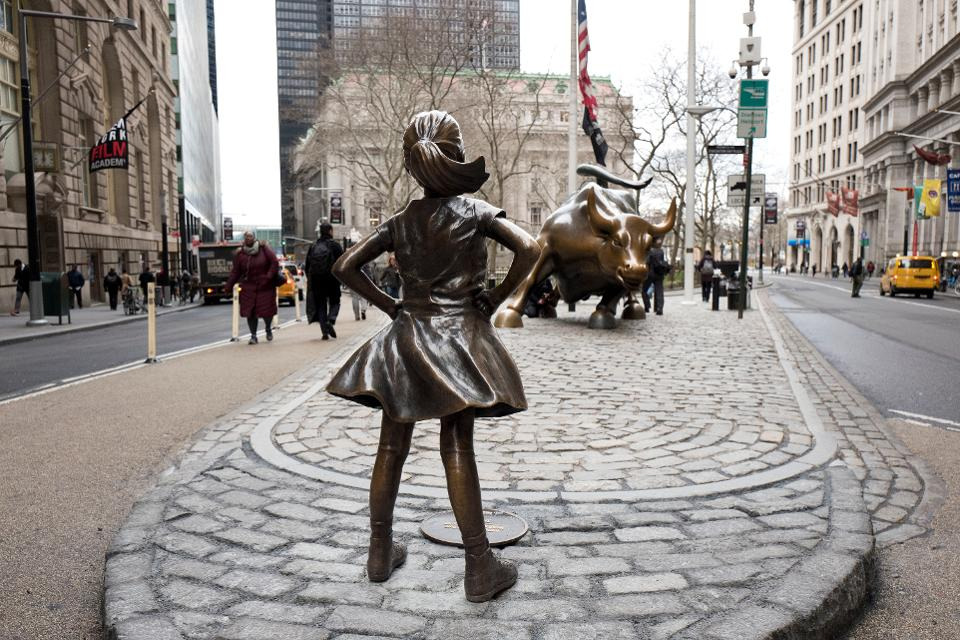 This year’s [theme](http://www.unwomen.org/en/news/in-focus/international-womens-day) for International Women’s Day was, “Women in the Changing World of Work: Planet 50-50 by 2030.” Unfortunately, we still have work to do for gender equality.

[UN Women](http://www.unwomen.org/en/news/in-focus/international-womens-day), the United Nations body focused on the empowerment of women, indicated that “The world of work is changing, with significant implications for women.  On one hand, technological advances and globalization bring unprecedented opportunities for those who can access them.  On the other hand, there is a growing informality of labour, income inequality and humanitarian crises.”

This is near and dear to my heart; for many years, I was a board member of the United States National Committee for UN Women.  Ending these inequalities is one of our key missions; however, things are not changing fast enough.

**How bad is the problem? Here are some sobering findings**:

– Women today are paid 83 cents for every dollar a man earns, according to [Gallup](http://www.gallup.com/topic/women_and_the_workplace.aspx). This has “…barely budged in over a decade.”
– According to an article from [Catalyst](http://www.catalyst.org/knowledge/womens-earnings-and-income) and findings from the National Women’s Law Center, “The average full-time working woman will lose more than $460,000 over a 40 year period in wages due only to the wage gap. To catch up she will need to work 12 additional years.”
– According to a study by [Org and McKinsey](http://www.mckinsey.com/business-functions/organization/our-insights/women-in-the-workplace-2016), “Women are less likely to receive the first critical promotion to manager—so far fewer end up on the path to leadership—and they are less likely to be hired into more senior positions… Corporate America promotes men at 30 percent higher rates than women during early career stages…”
– Women are not seeing the advances they want in the workplace and are dropping out. [Gallup](http://www.gallup.com/topic/women_and_the_workplace.aspx) reports that in 2000, the percentage of women in the U.S. labor force was 59.9%, but had dwindled to 56.7% by 2015.
– Women are more educated than men, according to the [National Center for Educational Statistics](https://nces.ed.gov/programs/digest/d15/tables/dt15_318.30.asp?current=yes). For the class of 2013-2014, women earned more than half of bachelor’s degrees (57.1%), master’s degrees (59.9%), and doctorate degrees (51.8%).
– “Men held 80.1% of S&P 500 board seats, while women only held 19.9%.” This information was part of a 2015 census by [Catalyst](http://www.catalyst.org/knowledge/2015-catalyst-census-women-and-men-board-directors).

**Gender Inequality Is A Global Problem**

Let’s examine how far we have really come and how far we still must go.  The [UN Women report](http://www.unwomen.org/en/news/in-focus/international-womens-day) goes on to say that “… only 50 per cent of working age women are represented in the labour force globally, compared to 76 per cent of men.   What’s more, an overwhelming majority of women are in the informal economy, subsidizing care and domestic work, and concentrated in lower-paid, lower-skill occupations with little or no social protection.  Achieving gender equality in the world of work is imperative for sustainable development.”

These comments are further supported by the findings in a multi-generational [survey](https://www.westernunion.com/blog/wp-content/uploads/2017/03/WU_Multi_Gen_Survey-Executive-Summary-March-2017-%E2%80%93-Unlocking-Gender-Inequality-and-Education-1.pdf), *Unlocking Gender Inequality & Education*, commissioned by [Western Union](https://www.westernunion.com/us/en/home.html). Overwhelmingly, women across the globe indicated that “Society expects me to take on responsibilities that it doesn’t expect men to take on.” Although more women than men in the U.S. graduate with degrees, the survey found that 45% viewed a barrier to education as “Social & cultural factors where girls are viewed as inferior to boys & not worth educating.”

For me, one of the most disheartening findings of the Western Union survey was the percentage of women who were positive about the following: “Women and girls feel very optimistic about achieving gender equality in their country and globally.” Only one-third of respondents were very optimistic when asked.

Speaking with Elizabeth Chambers, Chief Strategy, Product and Marketing Officer at [Western Union](https://www.westernunion.com/us/en/home.html) about the topic of women’s equality, she said “One of the most surprising points we uncovered through this research is that globally, most women say they are not optimistic that gender equality can be achieved in the next five years. This sentiment didn’t vary much by geography, or by age.  In fact, the millennials were less optimistic than older women.”

Need more depressing statistics about women’s equality? A [survey](https://www.plannedparenthoodaction.org/uploads/filer_public/c9/ba/c9ba8d51-2719-4267-8784-ada24f047adc/perryundem_gender_equality_report_1.pdf) conducted by PerryUndem entitled, *The State Of The Union On Gender Equality, Sexism, And Women’s Rights*, showed that many Republican men, who are in power in our country, don’t even perceive that there is a gender inequality issue.  The survey found that 39% of Republican men believe full equality has been achieved for women and 51% say “it is a good time to be a woman in America.”

The facts, like them or not, are that we do not have gender parity in our country.  This is the United States; it’s 2017 and this is not “Fearless Girl” statue faces Wall Street’s charging bull statue in New York to celebrate International Women’s Day. (AP Photo/Mark Lennihan)okay.  When I started at Chase Bank in 1972, I was paid 65 cents for every dollar my male counterparts were earning.  Today, we see the gap closing for U.S. women’s pay versus men’s to 83 cents on the dollar, but it’s still not okay.

Governor Chris Christie of New Jersey asked me to join his [Council on Gender Parity in Labor and Education](http://www.njsetc.net/njsetc/commission/parity/), which I did, several years ago.  He asked me what my goals were.  I told him, “That eventually we won’t need a gender parity council.”  That is the point.  I feel strongly that equality is a right and not a privilege. We need to have that right in every aspect of our society.  We need everyone, at home and at work, to step up.

The Western Union survey indicated that there is a way to close the gap on gender inequality. “The research offered clear alignment on a solution to achieve gender equality. Across all countries and demographics, education is seen as the clear path forward—encompassing both the education of girls, but also boys, and not just with respect to academics but also around cultural norms, expectations and listening to one another,” said Chambers.

The theme and hashtag for International Women’s Day encourages **#BeBoldForChange.**  I have answered my own question of, “Who Is Really Keeping Women Back In The Workplace?”  We all are.  [Malala Yousafzai](http://www.ndtv.com/offbeat/international-womens-day-2017-15-inspiring-quotes-by-women-for-women-1667039), the 2014 Nobel Peace Prize recipient, stated this more eloquently than I.  “We cannot succeed when half of us are held back.”