Watch The Messages You Send About Money 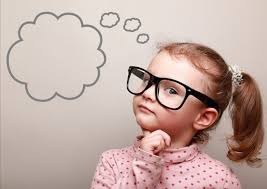 Language is a powerful tool, and it’s one that is always at work.

If we’re not conscious of the messages we’re sending, then we’re sending unconscious messages, but they’re being received just the same. Our messages about money and work can influence how our children view themselves and how they make choices. Money issues are not always objective. They do not only deal with the clear science of balancing a checkbook or making change. Our children will also be faced with many subjective money situations. As parents,we must start to teach our children how to deal with these gray areas of money.

“Oh, I feel so down today—I really need a Hot-Fudge Sundae.” Don’t start telling me about endorphins – you don’t need the sundae or ,”I’m depressed, I need to go shopping.”

Kids first learn about the outside world from their parents, and they’re not always going to be able to distinguish hyperbole from straight reporting. Griping about taxes is one example. Here are some others.

“I hate my boss.”  It’s not that this can’t be true, but very often it’s just a colorful response to some specific problem in the workplace. However, if little ears pick it up, it may have the effect of encouraging disrespect towards authority.

That’s not good, and neither is mindless obedience to authority. If there’s a problem with the boss, it’s appropriate to talk about the problem and what you can do to remedy it. Kids can learn a valuable lesson from the example of a parent solving problems or standing up for their rights.

How often have you come home from a tough day at work, poured yourself into
the sofa and moaned, “I hate work!”

Again, you might want to bite your tongue or at least go on to explain that you don’t mean it literally. You don’t want to encourage shirking or a lack of respect for the values of an honest day’s work. On the other hand, it’s all right to let kids know that not every day at work – or school – or life – is going to be wonderful.

Need vs. want messages are particularly easy ground for careless language.  Consider the following:  “You don’t need another toy.” As opposed to those times when your children really do need a toy?  Let’s face it, toys are never needs. And there’s no point saying, “You don’t want another toy,” because that’s almost certainly not true. If you have a “thing limit”, a limit on the number of non-needed possessions your children can acquire over a certain time span, then “You can’t have another toy” is appropriate.  It may sound meaner than you want to sound, but not if it’s the house rule. Otherwise, the money your children have saved from their allowance to use for immediate purchases can be used to  buy the toy whether they need it or not (which, of course, they will probably decide they don’t).

Sometimes it’s hard to remember that we were young once. Sometimes it’s even harder to remember that we’re not young anymore, and that things have changed since we were young. Things do cost more today. “You paid what for a pair of sneakers?” Sends a message to your child that you don’t think much of their judgement, and you think they’re some dumb cluck who allows themselves to get taken. Sneakers cost a lot more than they used to. They’re also a different product from what they used to be. It’s almost like having your father say, “You paid what for a portable typewriter?” when what you really bought was a laptop computer.

It’s really easy to get mad at kids for being kids. We’re all human. But those aren’t really your whole feelings about your children and it’s not helpful to vent them. You’re going to do it sometimes—everyone has to blow off steam.

We put ourselves in danger of crossing the line to lying every time we say, “We’ll see,” when we don’t really mean it.  If you know that you’re going to say, “No”, don’t put it off till later. Say it now.

“We can’t afford it” can have the same effect when it’s something you actually can afford, it may scare your children about the family financial situation or they may conclude that you aren’t telling them the truth. If you can’t afford it, make sure your children understand why it doesn’t fit into your family budget.

If it’s a question of something you believe would be inappropriate to spend a lot of money on, you should say that. If you simply don’t choose to allocate the family budget to include a new $500.00 dirt bike for junior, you should say that, too.  It is absolutely acceptable. By the way, if your children want it, they can earn the money for it, you being able to afford it has nothing to do with the situation.

Your children will soon become numb to the excuses of; “It’s too expensive,” “We can’t afford it”, “We’ll see”, “some other time”, etc. The truth is, it’s your money and you choose how to spend it. Instead of excuses, empower your kids to earn their own money and make their own choices.