Walking Beside NOT Behind 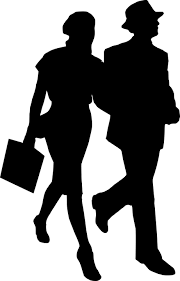 On that date ALL women, no matter your background, color, religion or political affiliation, will come together as one voice demanding gender equality. Much as women did when they marched to get the vote (19th Amendment ratified August 18, 1920), women are again taking to the streets. However, it is a different world today, and the March is not focusing on one aspect but rather on all aspects of being female and gender equality. According to the March’s founder, Katherine Siemionko, “we believe in the power of local women,” hence the March is taking place all over the country and she goes further to say that the true purpose of the march is gender equality.

There are some who want to use this platform for other purposes, which can dilute the intended message and break the bond that has been created between all women but as Siemionko says there is only one message, gender equality. It is hard to keep other agendas out of the mix and least we forget this is about being female. That was why it was so disheartening to read that a March was cancelled because the organizers thought there were too many white participants signed up to attend and they were afraid the March wasn’t diversified enough. This is not about the color of your skin, why would you make it so, by cancelling due to too many of one group participating. Instead the organizers should be finding a solution to getting all groups involved. When someone has to register to participate in a function there are those, including me, who hesitate from a privacy standpoint.

Get out and support your fellow sister.