The New Retirement: Are You Ready? 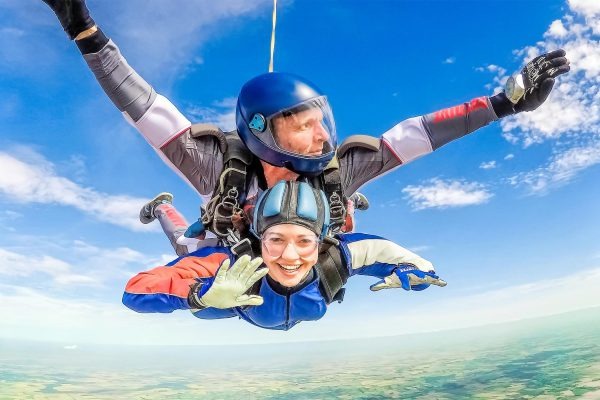 We used to think of retirement as winding down; retirement is the beginning of old age.  We also believed that retirement was the time of life when we no longer had to set the bedside clock to wake us up in the morning, since we don’t have to rush out to our place of work.  It was the start of irrelevance and, like an appliance or machinery, built-in obsolescence.

Older movies always seemed to portray Grandma sitting in her rocker on the porch cleaning a bowl-full of green beans, while Grandpa was sleeping in his recliner in front of a loud television.  People in their sixties just seemed older then.

**The New Reality Of Retirement**

The perception of retirement has changed.  And, it’s not just thanks to Botox.  Now, since we live longer and healthier, more and more people remain active and view retirement as an opportunity to do new things, and find more meaning in their lives.

I’m a proud grandmother, and I do love fresh green beans – all fresh, organic vegetables, of course.  But, I don’t sit and clean them as if it were my calling.  I do clean them, because they need cleaning, but today’s normal involves juggling beans, phone, and my laptop – as I take a business call and jot down notes.  I don’t think I have sat in a rocking chair since my youngest child was an infant and I was attempting to get him to sleep. In fact, I’m starting a new business.

[President Trump](http://www.presidenstory.com/stat_age.php) was 70 years old when he was sworn in. Born in 1911, President Ronald Reagan was 69 when he was sworn into office the first time, in 1981. Former President George H. W. Bush celebrated his 80th, 85th and 90th birthdays by skydiving from a plane near his home in Maine.  “On average, [Supreme Court](https://www.bloomberg.com/graphics/2017-supreme-court-justice-tenure/) justices are serving longer tenures now than at any point in the court’s history… Since World War II, the average age when a judge leaves the court, either through retirement or death has been increasing.” Two justices are more than 80 years old and another will celebrate her 80th birthday soon. “The projected age when a justice will leave the Supreme Court is now about 83—that’s a 10-year increase from the 1950’s.”

Our pop culture icons have also changed our perception of what growing older looks like.  Rolling Stones frontman, Mick Jagger, is a great-grandfather and still performing as vigorously as ever.  Actress and animal rights activist, Betty White is often referred to as: “The grandmother we wish we had.”  Now in her early nineties, her career is probably stronger than ever.  In fact, at the age of eighty-eight, [White](http://www.history.com/this-day-in-history/betty-white-becomes-oldest-saturday-night-live-host) became the oldest person to host *Saturday Night Live*. And, then there’s Cher, known for her talent, but also for her outrageously revealing Bob Mackey designed costumes. Cher is still giving concerts – and wearing those outfits, and looking amazing – at 71.

The point is that we are all breaking the stereotypes, and reshaping retirement.  Retirement is personal and individual.  We don’t have to sit on the porch cleaning vegetables for dinner, and we certainly don’t have to jump out of an airplane – unless that’s what we want to be doing.

(Match a number with a letter below.)

(The answer key is located at the end of the article.)

Start making a list and keeping a journal with an eye on the future. How many times have you thought to yourself that something sounded interesting or appealing, but you didn’t have the time to do it?  Write it down.  Have you watched travel shows on TV and thought you’d like to visit some of those places?  Write it down.  What about a subject you’d like to take a course in, or a hobby you’d like to try?  Write it down. Make it a ritual. Eventually, you’re going to have a “Wish-List Journal” filled with possibilities for your retirement life.

– Go back to school. Work towards an advanced degree or just take courses that appeal to you.
– Pursue your passions. Have you dreamed of becoming the next Grandma Moses? Learn to paint.
– Travel to the places you have always dreamed about.
– Spend time with your grandchildren. You have a lifetime of knowledge, wisdom, and experience to offer. In return, they will keep you young and current.
– You’re going to have time to make a difference in the world. Use your skills to help others. Pass on your knowledge – pay it forward. Retirement is a chance to do interesting work, add meaning to your life, and meet great people.
– Transition into retirement. Rather than an abrupt stop to your work-life, you may want to create a transition period that could last well into your seventies. Find a “side hustle,” which are popular nowadays.
– Join a sport or get involved in a leisure activity. Find activities for your age group.  You’ll find people with similar experiences, and forge new friendships.
– Write your memoir or start a blog. Share your experiences, travels, and beliefs.  You will be helping others and leaving a legacy for your family.

Having a plan for retirement is essential.  Your plan can be fluid – change and adapt along the way as your desires and dreams evolve. By having a plan, you turn the idea of retirement from something hazy in the future into a goal and a path.

If you know what you are saving and planning for, you will be more enthusiastic and conscientious about saving for it.  What you thought of as saving for old age because you knew you had to, becomes saving for a life that you look forward to living; a life of your own design.