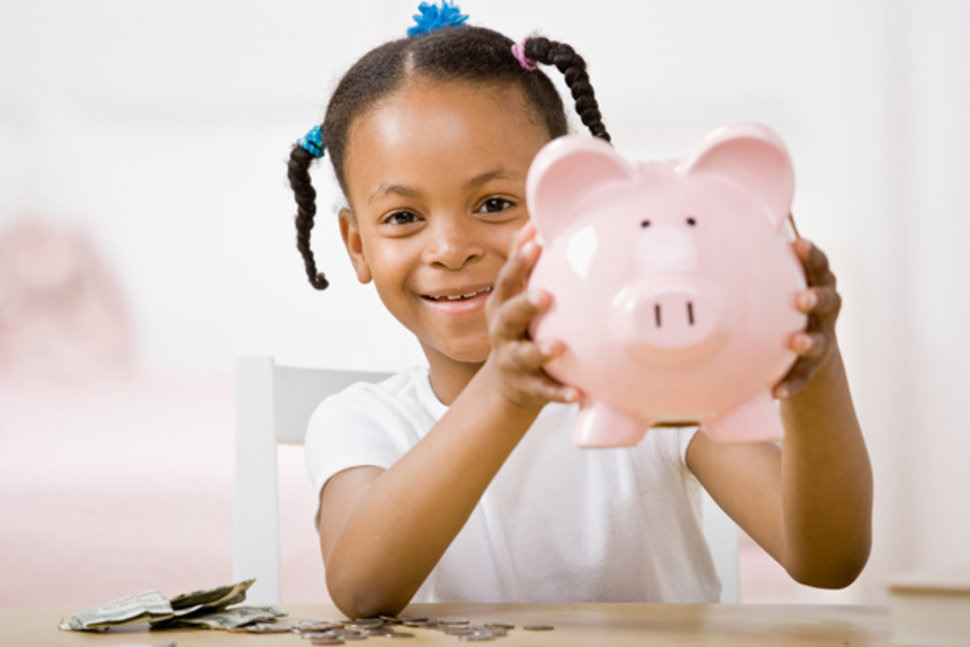 __The Miracle Of Compounding: The Good News__

Situation (Read this to your child and ask them to weigh-in with their opinion!):

*Suppose your child was offered a job that paid $1,000 a day to rake leaves and the employer wanted to hire them for thirty-one days. Your offspring could earn $31,000 over that period of time. No big deal, that was easy to calculate.*

*Now assume that the employer offered your child the same job, starting at a penny the first day, two cents the second day, four cents the third day and so on through the month, doubling every day for thirty–one days. Which salary would you advise your child to take? Which do they want to take?*

It’s hard to resist the $31,000, especially when you are talking about pennies in the other example. However, it’s a good time for you and your child to look at the calculator app on your smartphone and do the math. You will discover that after thirty-one days, that initial penny, doubled and redoubled and will have grown to $10,737,408.24!

__The Miracle Of Compounding: The Bad News__

Now, let your child see how this can all work against them, as well. Actually, if you do this exercise with your younger children, use real pennies.

Say your child likes the idea of having 10 million dollars, but they don’t want to wait 31 days to spend that money. This is a lesson that teaches that it may be worth the wait:

*On the first day, let’s say they earn one cent. On the second day, they get two cents, but they keep one penny, and spend the other. That means they only have one cent left. On the third day, instead of doubling two cents to four cents, they can now only double from one to two cents. So, again, they decide to take half to spend, or one cent and leave the other half behind. On the fourth day, instead of doubling from four to eight cents, they double from one cent to two, and again, take half away to spend, or one cent.*

The point is that they will never get ahead if they keep taking money out of their “account.” This time at the end of 31 days, they will still only have one penny.

It’s not surprising that kids and parents have different financial points of view, and the differences can be enlightening as well as topics of discussion. Take this short quiz with your kids and see where you agree and where you disagree.

**When a child runs out of allowance money for the week, a parent or grandparent should buy something that the child wants?**

*Discussion: I suggest that children should divide their allowance into the following categories: Sharing, Spending and Saving. If children have spent all of their money, as in real life, the lesson learned is that they will have to wait until the next payday.*

**It’s okay for a parent or grandparent to match a child’s savings for a big-ticket item like an iPad?**

*Discussion: Matching funds when your child or grandchild has been saving consistently encourages and rewards them for their good habits.*

**Teens should have a good understanding of their parent’s budget and income.**

*Discussion: Show your teens that you trust them. It’s an important step toward understanding how a real budget works*.

**At holiday time, parents and grandparents should give children money to help them buy gifts.**

*Discussion: Allow children the pride and joy of planning, saving for, and buying, what they can afford. Making gifts is a great lesson, as well. The gift should say, “I love you,” not “Look how much I spent*.”

**Parents and grandparents should pay their children for good grades.**

*Discussion: I feel that pay should only be given for work, not for good behavior. Getting good grades is a responsibility, not a job. Also, if you have more than one child, and one child is killing themselves to get good grades and the other is skating by with all A’s, you are placing a reward on a skewed value-scale and sending the wrong messages. Each grading period make a contract with every child to determine what their grades should be. Then, let them pick a celebration for them to share with the whole family. It could be going out for ice cream, or going fishing, or camping out in the back yard or going a movie of their choice.*

Your actions have lots of influence over the future decisions of your kids and grandkids. Believe it or not, they want to learn money lessons from you. The most meaningful lessons will be taught by example. Kids want to imitate you, so give them something valuable to imitate.

Don’t make “money” the biggest secret in the family. Make it an organic and healthy part of your everyday life. They will then naturally grow up understanding that the only way to get money is to earn it and that with it comes the power of choice to; save, spend and share with others.