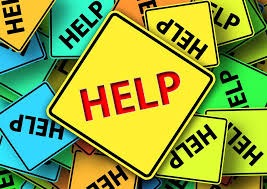 Also, our local communities where we live have many worthy causes that not only need our support, but they are limited in the size of the pool of people from whom they can pull support. Small businesses are the backbone of these local charities, but in many cases, they are not in a position to help because they are too busy trying to keep their own business going. Large corporations are limited in how much they can help local charities because they donate sometimes millions to national high profile charities, although depending on the corporation, many local branch offices try to pledge something. But it is more than money that is needed, time and fundraising activities are just as important as money.

I talked to a local business owner, Mike Daley, Texas Financial and Health Awareness, who is very involved with local charities here in Texas (5) to ask him what was his main motivation in getting involved with so many local causes, He said “it’s quite simple I grew up in the Midwest and was taught helping others and giving of myself was your duty as a human being. At 12, I was volunteering, along side my father, at a local soup kitchen and I headed up a group that raised money for Meals on Wheels for the elderly, it is when I became interested in helping seniors. It doesn’t hurt that I am comfortable with sales and earlier in my career I was a Social Worker then moved to sales, both involve working with people.”

When asked were there any type of charities that appealed to him, he responded, “those charities that help people learn how to help themselves. It is so satisfying to see someone have access to the tools they need to build their life.” Mike’s biggest challenge is finding the time needed away from home, most charitable work is done later in the day after work. He said it could be a strain on his marriage however not only is his wife supportive of his activities she is actively involved with them as well as having her own causes.

We would like to hear from others out there that are supporting local causes. As Coretta Scot King once said, “*The Greatness of a community is most accurately measured by the compassionate actions of it’s members.”*