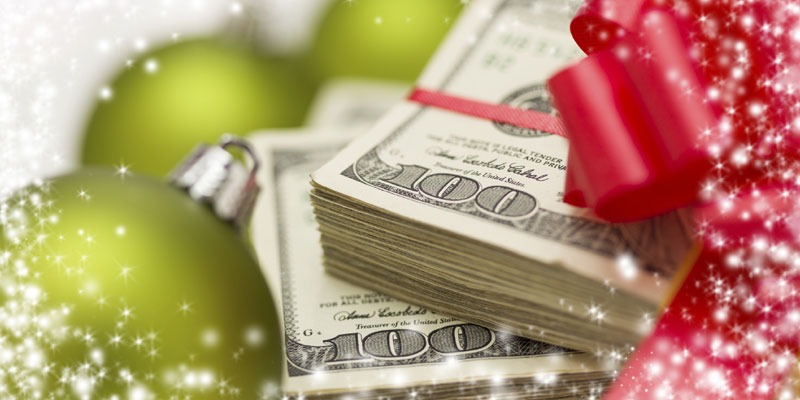 Every year don’t you vow to not repeat the gift feeding frenzy at the holidays? The same nightmare plagues you, not with visions of sugar plums, but rather with your kids again wildly ripping open gifts not even waiting to glimpse at what is inside. Have you turned Christmas into the movie, Groundhog Day? The words, “Am I spoiling my kids?” dance through your head. But wait, this is not a nightmare; it is your recollection of last year with the knowledge that you are about to do it all over again.

If you are already in full-buying mode, you are not alone. According to a recent Gallup Poll, our nation’s retailers expect a 4% increase in spending with Americans plunking down about $781, on average, up from $704 last year. When you look at the big picture, online holiday spending is projected to rise 16% to more than $61 billion.

Are people overspending? You know the answer; Yes. According to Kate Ashford, a Forbes.Com Contributor, “Some 40% of Americans feel pressured to overspend during the holidays.” She was referring to a survey by Harris Poll. Kate goes on to reveal that 53% of parents with kids under age 18 “feel pushed to spend more than they can afford.”

We do this to ourselves, we are not victims to the holidays, which are supposed to be religious celebrations with family in places of worship and not at the mall. No one forces us to spend. A while ago, Oprah had me work with a family with two kids. Every Christmas the parents went into debt, spending over $2,500. They put the gifts on their credit cards and never managed to pay off the debt before the next Christmas rolled around. You know how that spiraled out of control.

I put their spending in perspective, not even dealing with the cost of the debt incurred. I explained, that if they had started to save that $2,500 for their kids each year and invested it with a return of 10%, by the time the kids were 18 years old, they would have had over $126,000, which was enough to pay for both of their kids’ college educations at that time. I didn’t mean to bring the Mom to tears, but I did. I thought it would empower her to stop this cycle, but her reaction was, “I refuse to ruin my kids Christmas!”

My goal is help you to break the spending cycle and not the bank and still have a wonderful and meaningful holiday.

**#1 Tip: Turn Humbug into Humble** – This means stop the crazy guilt-ridden spending; Now. A gift is supposed to convey a warm thought of, “I love and appreciate you.” Not, “Wow look how much I spent on you; how cool am I?” Convey this message to your kids, your family, and anyone else in your life who will listen to you.

#**2 Tip: Make a List and Check it Twice** – Set a Spending Limit with Friends and Family – Make it about $20.00 per gift. If you can, establish a rule to only give gifts to the kids in the family. A Secret Santa is always a great idea, where names are pulled out of a hat and each person just buys that one gift. But, make sure that thought goes into the gift.

**#3** **Tip: Non-monetary Gift-Chits**: Be clever and set up a family challenge to think of gifts that involve thought and not necessarily money. I do this every year with my kids and they have thought of great ideas. They have given me the gift of going through all the family photos that are stacked up in boxes and have put them in photo albums. My favorite gift was a “No fighting Zone” Gift Chit. Every time they started to bicker, I presented them with my No-fighting Zone Gift-Chit and a cease-fire followed. It worked, but the next year when I received the gift-chit, it had an expiration date!