Should Your Teen Work During the School Year? 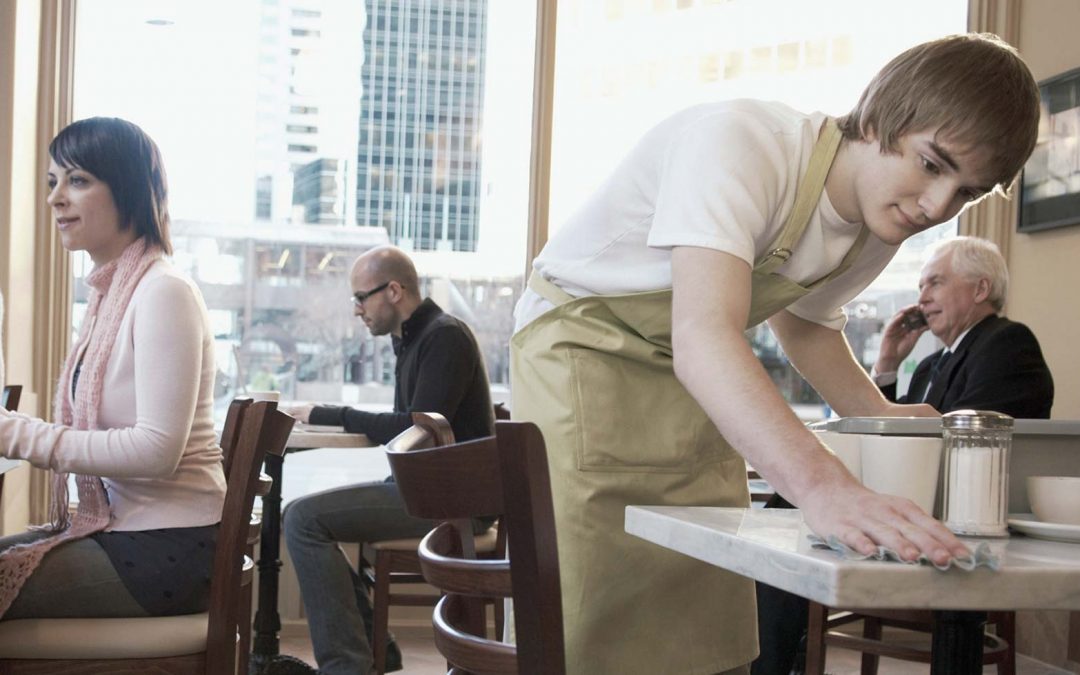 School hours are set in stone. Your kids have to go to school, they shouldn’t start cutting classes, or days, because of the demands of a job. Time to eat three well-balanced meals a day is also a fixed time allocation.

Homework, extracurricular activities, and household responsibilities can be variable time allocations, but they have to be figured out realistically – they can’t be shortchanged.

Time off means time, just for the teen, which they don’t have to account for. In the movie *Broadcast News,* Holly Hunter playing perhaps the most organized person on the planet, scheduled 15 minutes every morning for a good cry. Nobody needs to be that organized, but everyone needs to know that they have a certain amount of time for taking a walk by the river, watching reruns of Buffy on TV, or just sitting under a tree and reflecting on the day’s events.

Is there time left for an after-school job? There may not be. You can’t force more than 24 hours into a day.

It has been shown that the more education our children complete, the greater their lifetime average earnings will be. So successfully navigating their school time is hopefully the main focus for our teens.

This holds true for both teenage girls and boys. But here’s a place where boys are especially vulnerable. A 2002 study of the Massachusetts school system reported that boys were 36 percent more likely than girls to drop out of school.

Boys are more likely to spend a lot of money on their cars. Plus, they’re often more likely to get jobs – construction jobs, for example – at more than the minimum wage and be seduced away from finishing high-school or going to college.

During the economic boom of the 1990’s, this trend was starting to become so pronounced that college freshmen boys were almost becoming an endangered species, and jokes about affirmative action programs for boys has a ring of truth to them. Even in the current economy, a disproportionate 60 percent of college degrees are being awarded to women.

A good job for teens is one where they will learn something of value. At these jobs, teens take responsibility, deal with the public in a way that’s more than rote work, or learn something. Internships can be valuable experiences, but don’t usually pay.

Often, some of the best jobs in terms of long-term value are ones that pay the least – like nothing. I’m referring to volunteer jobs of course. They frequently can involve a lot more responsibility and can give your teen a chance to really make a difference. Some jobs can even help teens deal better with problems at home.

Kids who want to make this kind of positive impact on society deserve our support. Perhaps consider an allowance that’s half of what they could make at the sort of job they would get if they hadn’t made this commitment.

Perhaps you could treat them to a movie. Or you could pick up the tab for them to go out on a date once a week. In fact, I’d argue that they deserve our support later in their life too. If your college senior tells you, “I really don’t want to be an investment banker after all, I want to get a master’s degree in physical therapy and work with kids with cerebral palsy,” and you can afford it, I’d say set up a trust fund to enhance their income. I’m not putting down investment bankers, whose work I admire, when I say that they are not intrinsically worth so much more than people who help kids with cerebral palsy.

It’s easy to think of work as being good for our teens – but that isn’t always true. The National Institute for Occupational Safety and Health reported that an average of 231,000 teenagers under 18 are injured at work each year(see “The Five Worst Teen Jobs”). Steer your kids away from these kinds of jobs:

Ø Working alone, especially late at night, in cash based businesses

Ø Cooking where they are exposed to hot oil, not water and hot cooking surfaces

Ø Construction and working at heights

Be involved with your teen in choosing a job but take care not to take on responsibility that should be theirs. Discuss safety, training, location, schedules, and even the social status factor. Working at a gourmet grocery is different than being a cashier at the quick market attached to the gasoline station. Have your teen do enough research to ensure that they have picked the right job for them and the time they have available to work.