Parents: You Have to Talk Money Before You Can Teach Money 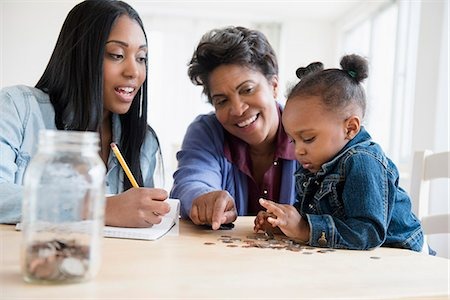 Many of us were brought up with the idea that there were two topics to be avoided: politics and religion. And, according to a [recent study](https://www.wellsfargo.com/press/2014/20140220_financial-health) from Wells Fargo, Americans have an even harder time discussing their personal finance.

Nearly half of the 1,004 adults surveyed — 44 percent — responded that the most difficult topic to discuss with others is personal finances. Politics came in at 35 percent and religion at 32 percent.

**Talk is Vital**
25 percent of married or partnered adults say that money worries have had an impact on their relationships. Thirty-three percent have difficulty discussing money with their partner, and for a large portion, the subject is the source of arguments.

Conversation and transparency are cornerstones in my championing of the need for financial literacy. This study points out that 71 percent of adults learned about saving from their parents, and yet only 36 percent of current parents say that they regularly talk to their kids about saving money. Over 60 percent admitted that they talk to their kids about money less than once a week or not at all.

**It’s On Your Mind**
People find it difficult, uncomfortable, or even impossible to talk about money, but that doesn’t mean they’re not thinking about it. 39 percent say that money is their biggest stress. The same number say that the stress has increased in the past year. A full third lose sleep worrying about their finances.

**A Do-Over**
What if you could go back a few years? What would you change? Nearly half answered that saving and spending habits are the top regrets — above taking better care of their physical health, relationship choices and working toward a better career.

**The Importance of Financial Education**
Lack of financial understanding is a major road block to a healthier financial life. Thirty-five percent acknowledge that the hardest part is “knowing the best approach” and “sticking to a plan.” When it comes to getting into physical shape and exercising, the hardest part is “motivating themselves to begin.” Only nine percent said that motivation was the problem when it comes to financial health.

A comfortable majority feel that they are in good or great financial shape when it comes paying their monthly bills and being able to live within their means. But, only 40 percent feel the same way about their discretionary spending and “rainy day” savings. When it comes to their ability to retire comfortably, the number drops to a third.

It’s time to break the taboo and start the dialogue on personal finance. Bringing the subject out of the shadows may change your future, and help your children to become money-savvy. Currently, 20 percent more American adults are more likely to have their car serviced than review their finances. People consider themselves to be in poor or average financial health are twice as likely to update their Facebook profile than review their finances. One quarter of adults would rather pay for a personal trainer than a financial adviser.