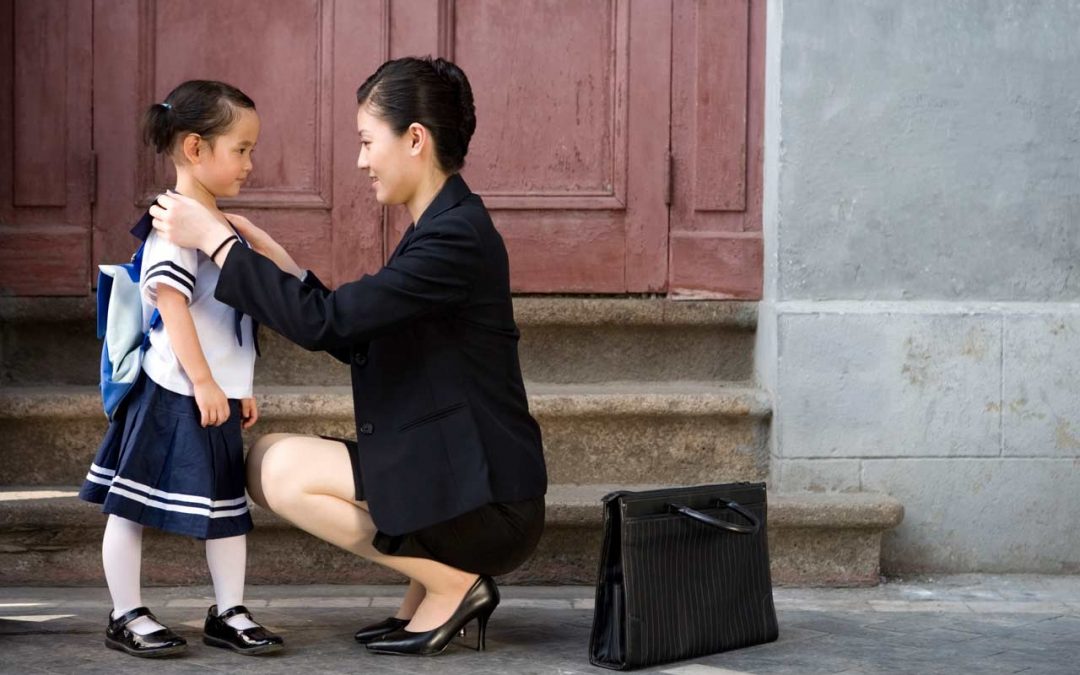 The big news in the workplace over the past couple of decades has been the emergence of women as a significant force. We’ve gotten the opportunity to show what we can do, and we’ve done it. We’ve made the workplace a different place; a better place. We are educated, motivated, street-smart, and we are taking the world by storm.

The “traditional” definition of a family; with Dad working and Mom raising the kids, has also changed. My mother’s generation used Donna Reed as a role model. She was the star of The Donna Reed Show in the ’50s and ’60s, which depicted the ideal middle-class American family. Dad was working and Donna, the mom, was home taking care of the happy kids and vacuuming and ironing while wearing heals and pearls.

Move over Donna. The trends show that the two-parent family is on the decline. Pew Research Center has found that 40% of mothers are not married. (By-the-way, grandparents are playing a more significant role in helping to raise their grandchildren, too.) Seventy-one percent of women with kids work. What concerns me is that women have been incredibly successful at work, but somehow, we still face challenges managing our households.

Here’s another big change in the workplace over the past couple of decades. Modern management strategy has moved from a process-oriented to project-oriented. Work used to be built around a process. Big manufacturing companies make the same thing — cars, steel girders, stuffed panda bears — and people, in one way or another, were plugged into that process. They did the same job day after day.

The rest of our lives follow the same checkered pattern as our careers. We move around, we work remotely, we get divorced, we partner, we have kids with no partner, we often re-partner, we create stepfamilies, and all of these situations come with their own challenges.

Work works for us. But somehow when we get home, the family is sitting in front of one screen or another, the meatloaf (which you made the night before and left in the fridge) did not make into the oven, and one of your kids announces that he will not only need new sneakers for tomorrow’s soccer game, but that he has invited the team over for a BBQ afterward. These surprises and lack of organization would not happen at the office, but somehow, they are the norm at home.

Too Many Hats for Mom

For all of our skill and ambition, it still seems that many Millennial women find themselves mired in the same routine that their mothers and grandmothers established. Too many of them will not have changed the way they manage their households, and too many of them will continue to see an increasing divergence between their sense of accomplishment in the workplace and the same sense at home. Donna Reed can’t be your role model.

It doesn’t have to be that way. A generation of women conquered the world of business in spite of having a small number of role models. We did it with courage and perseverance, and we have become the mentors and role models for the younger women who have followed. But who are Millennials to look to for our role models at home?

They don’t have to look any farther than themselves in their own business lives.

Today, business strategy is centered on goals rather than routines. Here is how it works. Once you’ve identified a goal, you then create a project to meet that goal. That means figuring out a strategy. You might need some experts for the team who aren’t from your company, so you go out and bring them in for this project — you outsource.

Then, when the project is finished, you critique it, you improve and hone the rough edges, and you go on to something new — new projects, new teams, new strategies, all connected to an overall master plan for the organization, but each one with its own challenges and rewards.