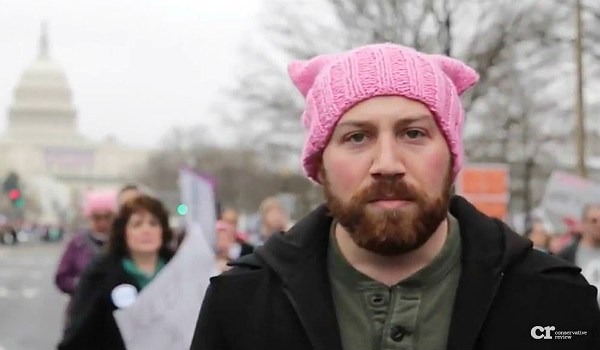 A Black guy and a white guy walk into a bar….

Men of today are feeling the pinch. I hear the talk in the locker rooms, at lunch, or at the bar. “They’re getting everybody! You can’t look at a woman, pay her a compliment, or even try and talk to her without someone saying “sexual harassment.” Men are scared, feeling as if their rights are being taken away from them and the olden days are far in the rear view mirror. When I listen to these conversations, I chuckle at the ridiculousness of them and think to myself, “It’s time we stop acting stupid and started treating women with respect.”

Today is the era of #metoo and #timesup. Women are speaking out, unafraid and in large numbers. Men are threatened and rightfully so. The sexist landscape that we have cultivated is slowly but surely being ripped up, one weed at a time. While women are leading the charge in this fight to for a sexual assault free world, it is men’s responsibility to educate and have discussions with other men about how we can be better and point out what behavior is okay and what is not. I partnered with Conor, a very intelligent young man I met when I did some anti-racism work with SURJ or Showing Up For Racial Justice San Francisco. In this piece he and I talk about why men don’t believe women, what is consent to us, and what we can do to eradicate rape-culture. At the end of the day, men have to fix men, it is not on women to tell us what we need to do. Women have enough on their plate trying to navigate through this world.

**What do you think of the recent sexual harassment accusations?**

Conor:
It’s great that some powerful men are facing consequences for predatory behavior. It’s great that some women are being believed. But are all women being believed? Is this movement extending beyond well-known white women? Are women in all corners of the country finding justice? I’m not so sure. The President of the United States is an admitted sexual predator and hasn’t resigned or faced punishment, after all.

This goes beyond sexual harassment. Violence against women is embedded into our culture. This moment is only the tip of the iceberg. And it remains to be seen if the entire, ugly structure becomes exposed.

LeRon:
When Harvey Weinstein was first accused, I was taken aback, but not surprised. Here is a powerful man in Hollywood who is very influential in the film and television world, allegedly having sexually assaulted multiple women. Not shocked at all because as a man, I know how we are. What was surprising were all the other women standing up one by one, naming their accusers. I felt it was very powerful and something shifted. Some men may say “Well what took them so long and why didn’t they say something in the beginning?” We must fight the urge to say and think those thoughts. Most women are not believed when they come forward and are shamed when they do. Conor, you and I have had this conversation; normally when something is done to a man, we want payback immediately! For all the women I have spoken with who have been victims of sexual assault, some want to just forget it and move on. It’s sad and it breaks my heart, but we cannot judge them for how they move on. When I think about women coming together to name their accusers, I find it empowering. Rape and any kind of sexual assault has never been okay and they are putting men on notice. It is a new day.

Conor:
Men don’t believe women because it implicates men. If this violence is so widespread, what am I doing to perpetuate it? That’s why men react so quickly with “Not All Men.” We want to be absolved of our guilt. We don’t want to believe we’re part of the problem. We want to believe there is no problem. It’s easier to dismiss the women who are hurt than to truly examine how we’re causing that hurt. This may make us feel better, but denying the existence of misogyny only let’s it survive and grow. Until we put women’s humanity above our feelings, men will continue not believing women.

LeRon:
I agree with you that it implicates men. We all want to believe that we are that good guy, that we aren’t like those jerks that run around and disrespect, verbally abuse, and rape women. What we haven’t come to grips with is that we are not. The Aziz Ansari situation showed us that. How many men do you know have tried what he did with “Grace”? I can say all of us, including myself. When we don’t accept that we are not all different, we don’t have to take responsibility for this culture we have all created.

Also, I don’t think we believe women because we don’t value them. Matter of fact, I will take it a little further, we don’t like women, Yeah, we want to take them out, have sex, marry them, and have a family, but do men really like women? See them as our equal or something other than a conquest? This society teaches men every day that we are conquerors and instills this entitlement to women in our minds. We are supposed to have women, so when one is raped, we automatically go, “What did you do? What were you wearing or where were you to attract that kind of attention? You are supposed to give us sex.” Women aren’t meant to have their own minds, thoughts, or lives. They are things to men.

**What is it about consent that men don’t get?**

Conor:
Men aren’t taught consent. Full stop. A “no means no” campaign wouldn’t exist if men understood consent. We’re taught that the world was made for us. We treat all aspects of life as conquest. We’re supposed to take what we want. And that includes women.

Look at the behavior of the absurd men’s rights movement. They believe they are entitled to women’s bodies. They think that women “denying them sex” is a violation of their rights. That is not the ideology of people who have been taught consent. How can you understand mutual acceptance and pleasure if you think women owe you sex? You can’t.

This moment reveals how widespread that ideology is. Men feel so entitled to women’s bodies and immune to consequences that this predatory behavior permeates society – in government, in businesses, on college campuses, in the military, in the Olympics, and more. Liz Meriwether details why men don’t get to decide what counts as sex in this [article](https://www.thecut.com/2017/11/liz-meriwether-roy-moore-louis-c-k-sex-and-abuse.html?utm_campaign=thecut&utm_source=tw&utm_medium=s1 “article”).

And this isn’t limited to male entitlement over women’s bodies. We also prioritize our experiences and emotions over women’s. We push our insecurities onto them. We center ourselves in every situation.

LeRon:
Consent to a man is how far she allows him to go. Look, I was taught by my Mom that when she says stop, you stop. You do not go any further. As a Black man, I have to be extra mindful of this due to the stereotype of the Black male and the justice system. However, many of my guy friends would say, “Well she said no at first, but I loosened her up, gave her a drink, started to touch her, and we ended up having sex.” See, they think consent is all in how far you can go. I have talked to so many women who have said, “I really didn’t want to have sex with him, but he kept pressuring me and made me feel bad, so I just did it.” That is really messed up, but that is how men are. No means maybe, maybe means yes, and yes means yes. Men are caught up in this “be persistent” mind state because having sex is a conquest, it is not about both parties having fun.

**What can men do to destroy the rape culture that impacts women?**

Conor:
I can only share what I’ve learned. I’ve spent a few years unlearning the toxic behavior injected into men by our sexist culture, and I’m confident there’s still a long way to go.
Elect women. We need more women in positions of power. The United States Congress is only 20% female. We’ve never had a female president. In America, women couldn’t vote for 150 years, and black women couldn’t vote for almost 200.

Listen to women. And shut the fuck up. Follow women on Twitter. Read female authors. Learn the history of powerful women. Listen to the women in your life. Be silent. If something they say makes you uncomfortable it means you’re about to learn something.

Look within yourself. Confront sexism and homophobia you hold. Dig deep to find the motivations and fears behind those thoughts and see how they make us act. Work to stop that behavior.

Support women. Call your friends out when they say something sexist. Don’t dismiss it. Make it clear you support women when there aren’t any women around. If you feel uncomfortable confronting your friends, imagine how women feel walking through a world where those men aren’t challenged. Model openness and vulnerability in male spaces. True strength is showing your weaknesses and fears. Cowardice is hiding them.

Men have to admit they are the problem. Men have to admit that women are not responsible for the rape culture. Men have to stop saying, “But I am a good guy.” Men have to stop and realize that so many decisions that women make on a daily basis is to avoid a sexual assault. There is a whole other world we don’t inhabit that women live in. We need empathy. For me, the point when I started to change is when I gaslighted a friend after she told me about a sexual harassment incident. I thought, “Why didn’t I believe her? Why was I so quick to find fault in what she said?” When I asked myself those questions, I thought about all the dumb comments I made about women not being able to do anything by themselves, why my friends would look in the back of their cars before they got in, or why my Mother almost never liked to go anywhere without someone. It was because men have created this culture of fear that women lived in. We have to realize this, and when we do, maybe women will find it easier to talk with us.

Finally, let’s stop saying, “She was raped” and change it to *“He raped her.”* We need to stop making the rape something that happened to the woman and an act that men perpetuate. She is the victim; she is not at fault here.

*LeRon L. Barton is a writer from Kansas City, Mo that currently resides in San Francisco, Ca. He has been writing poetry, screenplays, and short stories since he was way young. LeRon’s essays have appeared in Salon, The Good Men Project, Eastbay Express, Those People, AlterNet, SF Bay view, Buzzfeed, Gorilla Convict, and Elephant Journal. His first book, “Straight Dope: A 360 degree look into American drug culture” was released in Feb 2013. LeRon’s new book, “All We Really Need Is Love” is available on Amazon.com.*