Meet the Woman Who Started #MeToo 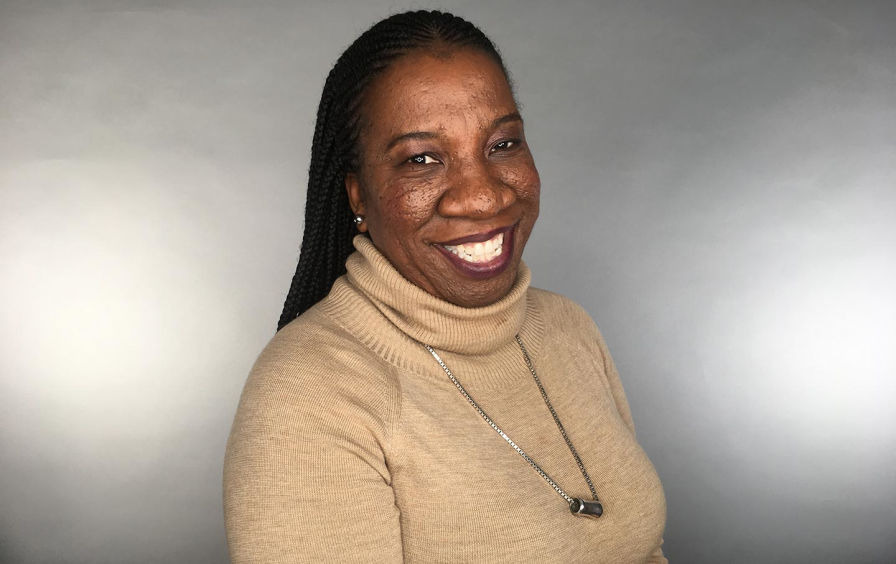 *Reprinted from The Nation*

Harvey Weinstein. Kevin Spacey. Louis C.K. The flood of sexual-assault allegations in Hollywood shows no signs of abating. Actress Alyssa Milano made #MeToo go viral, but across the country, women (as well as a few men) have used the hashtag to share their own experiences of rape, assault, and harassment. But the Me Too campaign began over a decade ago. But the origins of the movement go back two decades when Tarana Burke, then a youth-­camp director, met a black girl who had been abused. Through their interactions, Burke realized that the phrase “me too” could release survivors from the shame they felt and serve to empower them—­especially in minority communities. Ten years later, she launched the “Me Too” campaign, and today, she continues this work at Girls for Gender Equity, a non­profit devoted to helping young women live self-­determined lives.

**Elizabeth Adetiba: You’ve mentioned that you created #MeToo to draw attention to sexual violence against women of color. What did the movement look like before Harvey Weinstein and Alyssa Milano?**

**Tarana Burke:** Initially it started very hands on, working directly with younger people or adults doing workshops or having conversations on sexual violence. Besides being about women of color, it’s about what happens after: What does “survival” actually mean? Our community doesn’t go to therapy in the same way or seek out counseling or rape-crisis resources in similar numbers. I think about being a black girl from the projects in the Bronx—nobody came to me. I didn’t have any understanding or any language that I could connect to that said, “You’re normal”—not just that you’re not alone, but that you’re normal.

**EA: When you learned that white Hollywood had taken #MeToo and ran with it, did you worry that the intent behind your work—centering marginalized people—would be whitewashed?**

**TB:** I did worry about that. My initial fear is that the iteration I was seeing online was going to move the conversation in a different direction, and that I would not be able to amplify my voice. If I had not said anything or started inserting myself into the conversation, then that would’ve left me, next April, trying to announce our new website and documentary and people responding, “Oh, but they already did #MeToo six months ago.” It would have diminished the work I had devoted my life to.

**EA: When you say that the conversation would be moved in a different direction…**

**TB:** I mean moving away from marginalized people. And to some degree, it’s still happening. The conversation is largely about Harvey Weinstein or other individual bogeymen. No matter how much I keep talking about power and privilege, they keep bringing it back to individuals. It would be very easy to get swept up and change directions and change the focus of this work, but that’s not going to happen. It defeats the purpose to not have those folks centered—I’m talking black and brown girls, queer folks. There’s no conversation in this whole thing about transgender folks and sexual violence. There’s no conversation in this about people with disabilities and sexual violence. We need to talk about Native Americans, who have the highest rate of sexual violence in this country. So no, I can’t take my focus on marginalized people.

**EA: So far, many powerful white men who’ve been accused of assault are finally facing consequences. But men like R. Kelly, whose abuses toward black women have long been documented, have faced few, if any, consequences. How do we make sense of that?**

**TB:** This is about how we’ve been socialized to view black women and girls. It’s internalized and external oppression. When we hear that a 30-something-year-old man urinated on an eighth grader on video, and we still have space for him? That’s problematic. And he’s not the only one. That’s another reason why I center black and brown girls. There are nuances in our community around sexual violence that are informed by centuries of oppression and white supremacy, but we have to confront them. Across the board there’s shame, but in our community there’s shame on top of fear on top of ostracization—there are layers of things we have to unpack.

**EA: A few people have expressed frustrations with #MeToo for lacking a game plan for “what comes next.” How do we translate it into real, structural change?**

**TB:** I didn’t start Me Too as a hashtag, and had I had the opportunity to, I probably wouldn’t have done it that way. I think that what has happened subsequently has been beautiful to watch, but what concerns me is what all of these survivors are going to do now. We’re looking at mass disclosure across social media, and if you are still struggling with coming to terms with disclosing, you may not have been ready for it.

There are a series of emotions that most survivors go through after disclosing. It starts with feeling great, like the weight on your shoulders has been lifted, and then you’re alone with your thoughts, like, “Why did I do that?” And then what about the person who gets backlash? What about the person whose family didn’t know until they saw it on social media? What if [for a survivor] social media is your self-care and you’re bombarded with all these posts? It’s really complicated.

**EA: Part of the reason many marginalized people stay silent on sexual violence is distrust of law enforcement. How do we confront that in the movement to end sexual violence?**

**TB:** We have to start talking about nontraditional methods to pursuing justice. What does justice look like for a survivor? It’ll mean different things to different communities. What I’ve found in my research is this: The process was you had to go to the local police station, report the crime, and then they would make a referral to the rape-crisis center. I was appalled when I learned that. That’s a big hurdle for us, because we don’t trust the police. So when I say we need to look at alternative approaches to justice, I’m talking restorative justice and transformative justice. Because the other part of this is that many perpetrators are themselves survivors of sexual violence, particularly child sexual abuse. And that complicates a lot of things. We’ve got to get a clearer understanding of what justice is and what people need to feel whole. And if we’re ever going to heal in our community, we have to heal the perpetrators and heal the survivors, or else it’s just a continuous cycle.