Life Gets Easier After Retirement, Right? 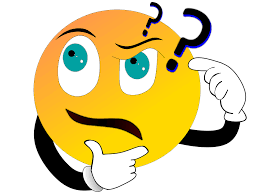 Suddenly you have a whole new set of rules to follow, how and when you can collect your Social Security benefits and to complicate matters further how and when you can sign up for Medicare as Medicare has a whole other set of rules and dates. You would think that Social Security and Medicare would have the same full retirement age (FRA) but as many of you know the FRA for those born between 1943-1954 is now 66 and for those born in 1955 it is 66 plus two months and goes up each year by two months until the year 1960 when it hits 67. Medicare FRA is 65 and for those who do not want to take Medicare at 65 there are rules that must be followed to legally delay the start date or be assessed penalties that you will have for the rest of your life. I will go over the Medicare rules in a later post. Based on the fact that the Social Security Administration suggests that your SS benefits should only account for 40% of your retirement income many of us will be working while collecting SS benefits. If you plan to collect your SS benefits prior to FRA be advised that you are limited on the amount of money you can earn annually. The rule for 2017 was you could earn up to $16,920 without it affecting your SS benefits but for every two dollars after that amount Social Security will deduct from your SS benefits one dollar. If you are working during the calendar year you reach FRA you are allowed to earn $44,880 and your SS benefits are only docked one dollar for every three dollars over $44,880 you earn. The best news is you can make as much money as you want if you are at FRA. I caution you to think hard and long on the financial consequences of collecting your SS benefits before your FRA as Social Security will lower your benefits by a certain percentage based on the date you begin collecting your SS benefits. On the other hand, you can increase your SS benefits the longer you delay collecting them after your FRA and this amount increases every year to the age of 70. Pleased be advised the the numbers and dates used in this post are 2017 and may, and probably will, change in subsequent years.