Liam Neeson on Men and #MeToo 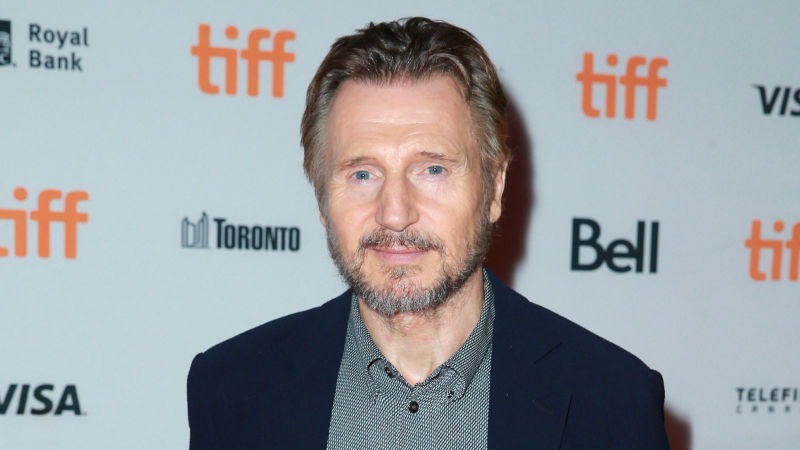 Apparently, Liam Neeson’s favorite new thing that doesn’t involve starring in largely interchangeable action movies is making public statements that somehow walk the line between being supportive of women in the entertainment industry while also being dismissive of the issues that he seems to support. [On Thursday](https://www.avclub.com/liam-neeson-is-all-for-fixing-the-pay-gap-just-as-long-1822012316 “On Thursday”), Neeson explained that he fully supports the movement to fight for better pay equality in Hollywood, saying he’s impressed by the “extraordinary actresses and brave ladies” leading the charge and that men “have to be part of the solution” since they’re the ones who created the pay gap in the first place. After that, though, he added that he would absolutely not take a pay cut to make things more even, saying that would be “going too far.”

Now, [as reported by *The Hollywood Reporter*](https://www.hollywoodreporter.com/news/liam-neeson-calls-hollywood-sexual-harassment-scandals-a-bit-a-witch-hunt-1074585?utm_source=twitter “as reported by The Hollywood Reporter“), Neeson has simultaneously come out in favor of the #MeToo movement of men and women telling their stories of abuse and harassment while also suggesting that the movement is creating a “bit of a witch hunt.” The bad comment came while he was talking to Irish broadcaster RTE, saying, “there’s some people, famous people, being suddenly accused of touching some girl’s knee or something and suddenly they’re being dropped from their program.”

*THR* says he referred to [Garrison Keillor](https://www.avclub.com/garrison-keillor-throws-himself-a-pity-party-after-gett-1820846966 “Garrison Keillor”) specifically, saying he wasn’t as bad as “other Harvey Weinstein stuff,” and he also noted that he’s “on the fence” about the allegations that have been raised against Dustin Hoffman. *THR* adds that he also appeared on the *Late Late Show* on Friday and said that the #MeToo movement is “healthy” for every industry, though, which makes it sound like he thinks it’s good when people expose harassment and abuse, but only if it passes some arbitrary measure of “Harvey Weinstein-ness.”