Insurance for All – Not a New Concept 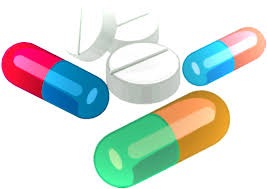 Republican President Roosevelt was very supportive of conservation programs and improving living conditions overall however his passion was national health care the platform he ran on for the Progressive Party in 1912. The Democratic Party jumped on the bandwagon when President Harry Truman in 1945 called for national health open to all Americans. It wasn’t until the plight of health care for seniors came to light when a national study showed that 56% of those over 65 were not covered by health insurance that President John Kennedy pushed for health insurance for seniors. President Lyndon Johnson signed into law the Medicare bill in July 1965; as a matter of fact President Harry Truman was issued the first Medicare card in 1965, the birth year of Medicare.

The average blended lifespan for women and men was slightly under 67 when Medicare first came into existence, however, it has increased significantly since that time but yet the effective start age for Medicare has not changed since its inception. The original objective of Medicare was to provide basic health coverage for a span of a few years not 20+ years. This is why there have been so many changes and anticipated changes to Medicare, a program that is only slightly over 50 years old, in an attempt to keep America’s promise to Americans living out their twilight years.