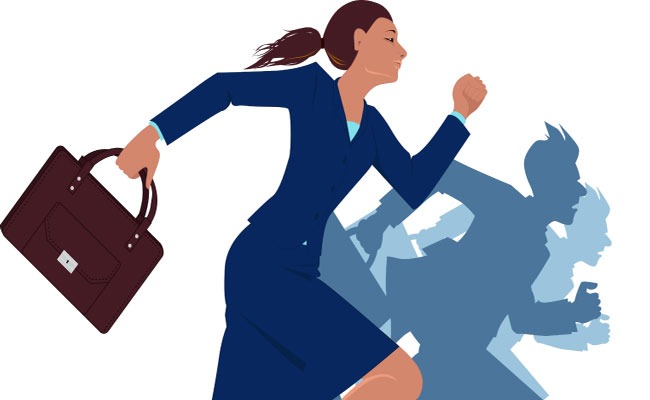 Reprinted from Fortune Magazine By Claire Zillman If the [recent string of sexual harassment allegations](http://fortune.com/2017/11/02/brett-ratner-sues-woman-for-libel-over-sexual-harassment-accusation/) against high-powered men is any indication, women have a long way to go before achieving equal treatment in the workplace. The World Economic Forum pegged a specific time frame to solving the problem, and ladies, it’s going to be a slog: 217 years. [The new WEF report on the global gender gap](https://www.weforum.org/reports/the-global-gender-gap-report-2017) takes into account women’s economic participation and opportunity, educational attainment, health and survival, and political empowerment as compared to men’s. It found that it’ll take exactly 100 years to close the gap across all four factors in the 106 nations included in the report since its inception—17 years longer than last year’s estimate. But taking into account only women’s economic deficiency, it’ll take even longer—217 years. That’s because rather than shrinking, the economic gender gap—which considers women’s labor force participation, wage equality, and professional leadership—continues to widen. In fact, progress on this front reverted back to its 2008 level this year, after peaking in 2013. Not a single country has fully closed its economic gender gap, though 13 have come close, narrowing it 80% or more, according to WEF. The small African nation of Burundi is the top performer by this measure, having closed 91% of its economic gender gap. Barbados, the Bahamas, and Benin are second (88%), third (87%), and fourth (86%) respectively. By comparison, the U.S. is ranked 19th, having narrowed its gap 78%. On average, nations had closed 58% of their economic gender gaps in 2017, down from 59% in both 2016 and 2015. The report offers a few clues as to why the women’s economic disadvantage is getting worse. While global labor force participation is declining for both men and women, the dip has been especially steep for women. At the same time, earned income is on the rise for both sexes, but it’s been especially sharp for men, “suggesting that the growth in prosperity is not equitably distributed along gender lines,” the report says. Plus, women remain underrepresented in senior positions in the public sector and in business: This year, women accounted for just 22% of senior managerial positions. The report provides a major incentive to increase efforts on the gender equality front: There’s a ton of money on the line. Closing the economic participation gender gap 25% by 2025 could add some $5.3 trillion to the world GDP. The U.S. alone could see an extra $1.75 trillion by achieving economic gender parity. Those figures, the report says, suggest “the potential self-financing effects of additional public investment into closing global gender gaps.”