Everyday Advice for Lottery Winners…and You! 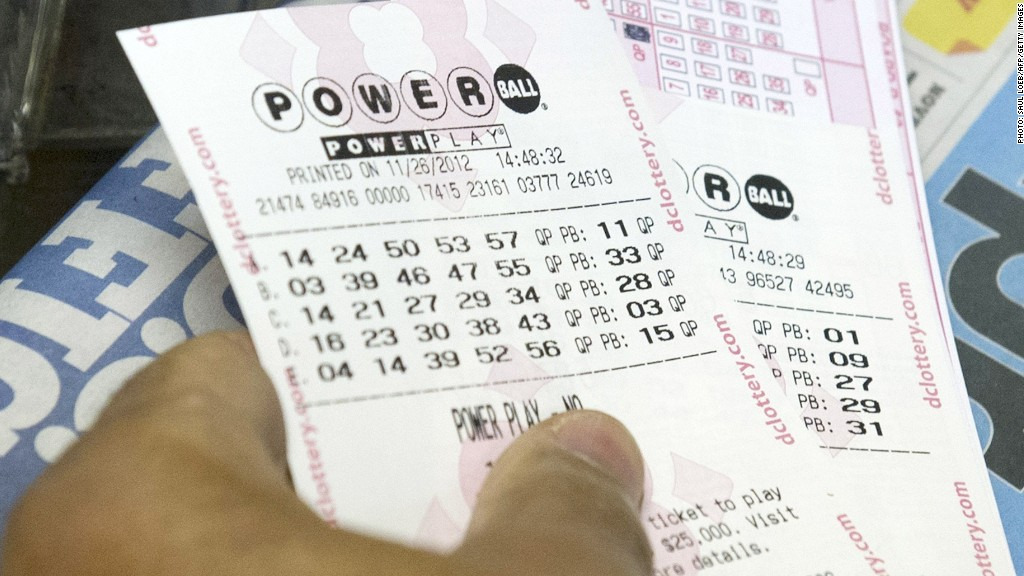 This article is a word to the wise… or not so wise. You’ve likely overheard the following sentiment after the evening’s lotto drawing, “If I only had money, my problems would be solved.” I’m not talking about the very poor, obviously.

Nonetheless, money (whether in the form of lotto winnings or not) can sometimes create more problems, as noted by a recent article posted on [TheRichest.com](http://www.therichest.com/rich-list/poorest-list/10-lottery-winners-who-went-broke/). ”It’s not uncommon for lottery winners to end up with even less than they had before their windfall and sometimes they even end up with nothing at all.”

Is there anything that we mere mortals (who don’t play the lottery unless it is the $300 million Mega Millions) can learn from these people who “win” and then “lose”?

The main reason is, “They just don’t get it.”  That means that the big winners don’t understand anything about financial planning. They get caught up in what they perceive as the power of winning all of that money. They don’t seek real sound advice.  And, most of all, they listen to all of their friends and family, who are standing in line to take advantage of them.

They also buy things that need to be cared for, thus creating more obligations. Huge homes, boats and cars not only cost a lot, but the costs to maintain these assets are also huge. [The New York Times](http://www.nytimes.com/2012/12/01/opinion/nocera-the-bad-luck-of-winning.html?_r=0) has reported that, “People who suddenly fall into extreme wealth—whether—because of an insurance settlement, a professional sports contract, or a lottery win—rarely know how to handle their new circumstances.”

*Some Of The Worst Lottery Winners, Or Losers*

– Jack Whittaker won $315 million and ten years later, his daughter and granddaughter had both died of drug overdoses, his wife divorced him, and once while in a strip club, he was drugged and robbed of $545,000 in cash, as reported by [The New York Times](http://www.nytimes.com/2012/12/01/opinion/nocera-the-bad-luck-of-winning.html?_r=0).
– William “Bud” Post won $16.2 million and managed to be $1 million in debt in a year.  Bad times hit Bud.  A former girlfriend successfully sued him for a share of his winnings and “…his brother was arrested for hiring a hit man to kill him in the hopes he’d inherit a share of the winnings”, according to [Business Insider](http://www.businessinsider.com/lottery-winners-who-lost-everything-2015-2?op=0#bud-post-lost-162-million-within-a-nightmarish-year–his-own-brother-put-out-a-hit-on-him-2).
– Janite Lee won $18 million dollars.  She was generous, giving her money to some good causes, “But according to published reports, eight years after winning, Lee had filed for bankruptcy with only $700 left in two bank accounts and no cash on hand,” as noted by an article in [Bankrate](http://www.bankrate.com/brm/news/advice/20041108a2.asp “Janite Lee”).
– Lara and Roger Griffiths won $2.76 million dollars.  They bought a million-dollar home and a Porsche that Roger used to drive away with after Lara confronted him about his alleged infidelities.  “Their 14-year marriage ended, a freak fire gutted their home, and every penny of their fortune was gone,” as reported by [Business Insider.com](http://www.businessinsider.com/lottery-winners-who-lost-everything-2015-2?op=0#lara-and-roger-griffiths-bought-their-dream-home–and-then-life-fell-apart-1).
– Callie was the youngest person to win the lottery in the UK at age 16, claiming 1.6 million pounds.  She blew the money on plastic surgery, drugs and parties.  She also attempted suicide.

*Not An Innocent Game–Be Careful What You Dream For*

“It is worth remembering the damage lotteries do—sucking money from the disadvantaged, while burdening the winners with sums they can’t handle—and remembering as well this is the doing not of some nasty corporation but of government. Whatever else lotteries are, they aren’t harmless,” notes the [The New York Times](http://www.nytimes.com/2012/12/01/opinion/nocera-the-bad-luck-of-winning.html?_r=0).

*Lessons To Be Learned*

Oprah Winfrey had me work with lottery winners many years ago.  I coached three winners who all ended up bankrupt.  One winner even got lucky twice, claiming over $100 million two times, and went bankrupt twice. I was aghast, but it was not beyond me to ask how he selected the winning numbers!

[Don McNay](http://www.richmondregister.com/news/lifestyles/life-lessons-learned-from-the-lottery/article_234ddf3d-1cde-547e-8c2a-ca6b4005422b.html), noted columnist, has worked for over 30 years with lottery winners to try to figure out what happens when people receive money too quickly.  I agree with his findings and saw this first hand while I coached the lottery winners, and hopefully Oprah’s audience, about how not to make the same mistakes.

As a winner, you can’t guarantee that the news will be kept a secret, so brace yourself with the onslaught of “friends.” Jarod Kintz quipped, “If you want to know how extended your family is, just go out and win the lottery. Your phone will be ringing nonstop.  And you know I’ll call you too, because I’m your fifth cousin on your father’s side.” Friends and family descend on winners before the check (net of taxes) is cashed.  Oprah even said that has happened to her with her own family and friends.  Before you start committing to giving money to anyone, figure out your own plan.  Being generous and giving to family, friends and charity is important, but not at the expense of your own plan. As Will Rogers once quipped, “People are spending money they don’t have to impress people they don’t know.” Don’t be one of them.

I don’t care if you are a lottery winner or a sports star, you need a professional plan. It has to be a real budget with real spending limits. Your first stop has to be to sit down with a financial planner.  If you need to go to see two, do it. The plan should be conservative and be something that will last a lifetime.  Whatever the net proceeds are, they need to be spaced out throughout your life. The winner should only have access to the monthly allotment, that’s it. Ask the financial advisor to put you on a monthly allowance.

Obviously, I do not feel that playing the lottery is the best financial planning tool; however, the lessons learned are universal. The words of Mokokoma Mokhonoana, modern-day philosopher, ring true, “You know you are capitalism’s ideal puppet (and that education betrayed you) when winning the lottery is your only chance to realizing financial freedom.”