Don’t Leave it to Beaver: Lessons Millennials Can Teach Boomers 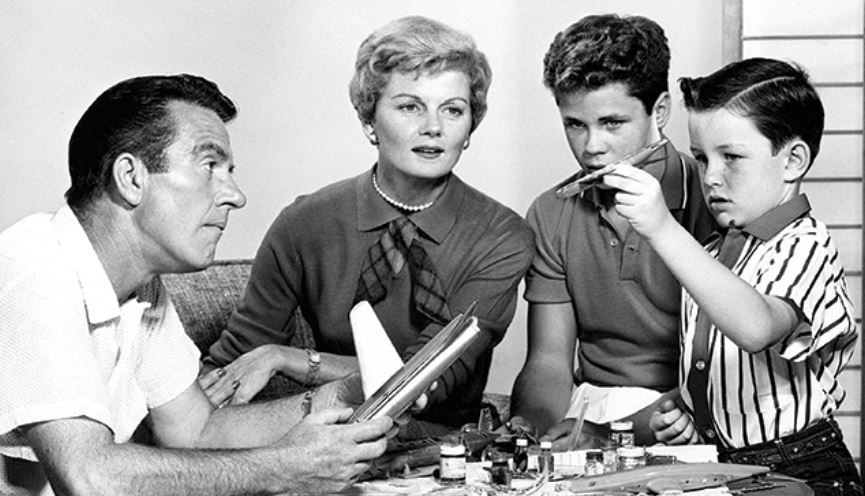 As a show that sought to depict the “typical” suburban American family (ways in which the show was anything but typical has already filled volumes of scholarly work) financial prudence was one area where the program excelled and whose lessons still resonate today – specifically how to avoid debt.

In one of my favorite episodes called [“The Haircut,”](http://www.imdb.com/title/tt0630303/) Theodore, a.k.a., “The Beaver,” keeps losing the $1.75 his parents had given him for a haircut. Rather than ask for yet more money after another bout of carelessness, Beaver ends up with a free (but terrible) haircut from his older brother, Wally. “Your mother and I have been very patient with you, but this habit of losing money has got to stop,” Beaver’s [father](http://www.imdb.com/title/tt0630303/quotes) warns.

The phrase “habit of losing money” has stuck with me like a classic rock song lyric. (Dire Straits anyone?) As a generation, Baby Boomers can claim near-heroic wealth accumulation efforts (a [2014 report](http://www.bc.edu/content/dam/files/research_sites/cwp/pdf/A%20Golden%20Age%20of%20Philanthropy%20Still%20Bekons.pdf) from the Center on Wealth and Philanthropy at Boston College estimates that we Boomers will leave $59 trillion to our children over the next 50-plus years). Unfortunately, we Boomers have also accumulated debt – not the good kind I wrote about in my previous article – but the bad kind has also been our collective unwelcome talent. Not just in our personal lives by way of credit cards and a gazillion refinanced mortgages, but in our professional lives too. As the generation that continues to run the world, critics across the age spectrum note that our $17.8 trillion [national debt](http://www.usdebtclock.org/) is partially a reflection of Baby Boomer financial values. How’s that for a mushroom cloud of ouch?!

Thinking back on Beaver’s habit of losing money, it occurred to me that bad debt – essentially money owed – is actually money lost. The same holds true with a failure to save. We may not think of it in those terms, but those are the facts. However, thanks to the Great Recession and its lingering financial and employment hangover, especially among twenty-somethings, our children, like their Great Depression-era born grandparents, have become expert savers.

In fact, a recent Wells Fargo study finds that an impressive [80 percent](http://www.today.com/money/millennials-are-pretty-smart-about-saving-money-no-really-1D79964578) of Millennials feel that the Great Recession taught them to save for the future in order to weather tomorrow’s economic turmoil. Even if they’re not yet saving for retirement (which they should), they know the meaning of a rainy day fund and how to build it. And in at least a noteworthy correlation underscoring awareness of their generation’s financial vulnerability, a [Pew Research Center](http://www.people-press.org/2014/10/02/from-isis-to-unemployment-what-do-americans-know/) News IQ quiz released earlier this month found that when it came to knowing the U.S. minimum wage and the percent of the population below the poverty line, Millennials 18-29, were the group most likely to answer correctly. Fully 82 percent of 18-29-year-olds answered the first question right versus 63 percent of those over 65.

So if our children have mastered the saving skill, how can they teach the Children of the Sixties who are in their sixties to save for a “retirement”? ([Statistics](http://money.cnn.com/2013/09/18/retirement/workers-never-retire/) show that retirement may never come for one in eight workers today.)

It turns out we can help each other. Although our adult children have proven themselves expert savers, they’ve become almost draconian in their belt-tightening zeal. A majority of respondents (52 percent) in a [recent survey](http://time.com/money/2820241/10-things-millennials-wont-shell-out-for/) said they were “not very,” or “not at all” confident in the stock market. This is despite the fact that at 25, Millennials have at least *40 years* to ride the ups and downs inevitable to stock market investment. If they’re patient, more than likely, that patience will pay off. This is a lesson we must impart.

One of the easiest ways Millennials could teach Boomers about saving brings me back to an earlier point – the oodles of cash we expect to leave our children. While an inheritance or a trust fund can be instrumental in providing the next generation a financial leg up, there’s plenty of argument in favor of saving some of that money for us. After all, we’re the generation that, like a Saturn V rocket, is zooming headlong into uncharted retirement territory. Many of us will embark on second and third careers. Some of us will become entrepreneurs. And many of us, who on average expect 18 years of retirement, will have only saved for 10, according to an [HSBC](http://money.cnn.com/2013/09/18/retirement/workers-never-retire/) study. If we haven’t planned for ourselves, we have no business bequeathing money to our children. And even if we do, it’s likely that money will still be spent on us for end-of-life care.

Returning to the tweenage exploits of Theodore Cleaver, “the Beav” (I promise, no relation to “the Bieb”) “The Haircut” episode also treats us to another simple, but important financial lesson: nothing in life is free. Lacking any barber expertise, Wally turns Beaver’s head into an unsightly Mohawk-like mess. Now, in addition to presumably having to pay back his parents for the $1.75 he lost in 1957 when the episode aired – which in [today’s dollars](http://www.bls.gov/data/inflation_calculator.htm) is a respectable $14.81 – he’ll have to shell out even more money to have his shaven head fixed by a professional; at least double the expense.

Like Theodore Cleaver, (played by [Jerry Mathers](http://www.imdb.com/name/nm0558487/), a proud Boomer at 66) Millennials may not want to pay their parents back with money already given to them. And Boomers, as flawed as any “Leave it to Beaver” episode, can nevertheless still impart valuable lessons in investment to our children long before our “last revolving year is through.”

Hint, hint, if you’re reading this and you’re under-50, that was a line from Joni Mitchell. Google if you’re curious – about the artist *or* the song. I *know* you have a smartphone.