Does My Child Have ADD? 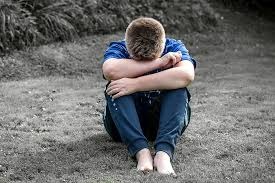 It is interesting how quickly people want to label a child as having Attention Deficit Disorder (ADD), there are almost 2,000,000 children diagnosed with behavior disorders in America. First we have to realize that any diagnosis that would affect any child’s well being has to come from a professional and in addition there are many health problems that have similar symptoms to ADD. It is the smart parent who doesn’t blindly accept a diagnosis of ADD without also researching other health problems that display similar characteristics. Some of the signs of ADD are; lack of attention to surroundings, not listening to instructions, being impatient, organizational skills are lacking, overly excitable, and being extremely shy. For example, I had a friend who took her son (age 5) in to be tested for ADD because he was inattentive and displayed anti-social tendencies and instead of a diagnosis of ADD they discovered that he was almost deaf. The same wrong assumption of ADD can be made by school officials when dealing with a disruptive student who is acting out simply because he is bored. One of the most imprtant facts to consider is at what age did your child start displaying unusual behavior, if under school age it can indicate a problem.