Do Our Kids Have the Money Smarts to Live? 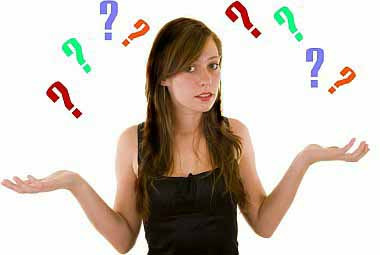 This could be a really short article, because the easy answer to the question posed in the title is: “No.” Simply put, our kids are financially illiterate.

You have all witnessed the following scene at your local convenience store: The total bill comes to $11.93 and you hand the 16-year-old cashier a $20 bill and three cents. The teenager looks at the amount you’ve handed them with a blank stare, struggling to figure out the change. You have completely stumped them, but fear not; the cash register will make the change. Remember the good ‘ole days when we were taught how to make change? Those days are gone!

You might say, “So, what is the big deal; let kids be kids.”

The big deal is that these kids not only have access to money now, they will inherit a bundle from us (approximately [$59 trillion](http://www.bc.edu/content/dam/files/research_sites/cwp/pdf/Wealth%20Press%20Release%205.28-9.pdf)) in the future. And, without proper guidance and education, our kids will end up the way that many Americans have… in debt.

*Our kids flunked financial literacy tests. Over 62% of the 15-18 year olds tested by the National Financial Educators Council received either a “D” or “F” on the 2014* [*National Financial Literacy Test*](http://www.financialeducatorscouncil.org/financial-literacy-test/)*.*

Does this behavior follow kids into adulthood? Again, you know the answer:

– According to the [2014 Consumer Financial Literacy Survey](http://www.nfcc.org/NewsRoom/FinancialLiteracy/files2013/NFCC_2014FinancialLiteracySurvey_datasheet_and_key_findings_031314%20FINAL.pdf), conducted by the National Foundation for Credit Counseling, 61% of U.S. adults do not have a budget and “one in three U.S. adults (34%) indicated their household carries credit card debt from month to month.”
– U.S. households, as of March 2014, have an average credit card debt of over $15,000 and an average mortgage of over $152,000. Furthermore, the average student graduating from college has student loan debt of almost $33,000. (By the way, I really don’t like this statistic, because it lumps in all students. Some are fortunate enough to graduate with no debt because they come from families where the parents diligently saved for college or where the parents were wealthy enough to write a check. The truth is, a student paying all of their college tuition via incurring debt has staggeringly higher loans than the aforementioned $33,000.)

So, what are we doing about this? Not enough. The results of the 2013 Junior Achievement/Allstate Foundation [“Teens and Personal Finance Survey”](http://www.juniorachievement.org/documents/20009/20652/Teens-and-personal-finance-survey-2013.pdf/e4f6c2f0-0f94-4666-8a7f-b87ecba367ed) indicated that, “The majority of teens (76%) still report the best time to learn about money management is in kindergarten through high school, but only 29% reported programs currently in place.” We are failing our kids.

While I was President of The First Women’s Bank in the mid-1980’s, I saw women be disempowered handling money. My research showed that it was because they were never taught anything as kids. At that time, my own children were very young and I asked their schools if money lessons were going to be taught. The answer was, “No.” So, I decided to look for books to teach my kids. There were none. After an exhaustive search, my young child exclaimed, “Mommy, why don’t you write the books?” And, Mommy did. It baffled me that the largest consumer market in the world didn’t teach money lessons to kids.

I also opened up [The First Children’s Bank](http://www.people.com/people/archive/article/0,,20121217,00.html), a real bank for kids at FAO Schwarz and helped to establish The Institute for Youth Entrepreneurship in Harlem in 1988. This kicked off the topic of educating kids to become financially responsible, which was important then, but even more important today.

Unfortunately, kids still don’t possess adequate money smarts, but if we compare the 1980’s to today, kids have more temptations to spend because they have more access to goods and to credit. Online shopping gives instant access to consumerism at its height. I can’t tell you the number of parents who have given their kids access to their passwords, PayPal accounts, and credit card info, only to complain that their kids are on a spending spree.

Our brightest kids start young. Credit card debt creeps up on them. According to statistics from Sallie Mae’s National Study of Usage Rates and Trends of [Undergraduate Student Credit Card Use](http://www.collegeparents.org/members/resources/articles/college-students-and-credit-cards-%E2%80%93-some-statistics), in the 2000’s, 84% of undergraduates had at least one credit card and 50% had four cards or more.

Before the rules changed in 2010, when banks were no longer allowed to solicit on campus, as far back as 2001, almost one in five Americans from age [18 to 24 declared bankruptcy](http://www.emergingedtech.com/2011/04/10-reasons-why-schools-should-be-teaching-financial-literacy-to-our-kids/), according to USA Today. In response to this, the government established the CARD Act in 2010, which had a goal to diminish student indebtedness by curtailing the marketing of credit cards on campus. The good news is that that coupled with the recession, only 30% of undergrads in 2013 reported having a credit card with the average balance of only $500. By the way, the parents are paying the vast majority of the bills, according to [Sallie Mae](http://www.cardhub.com/edu/credit-card-statistics-for-college-students/). But don’t worry, the credit card companies are mailing offers to the students, giving them gifts and still trying to [lure them into debt](http://www.foxbusiness.com/personal-finance/2012/04/26/study-despite-new-law-credit-cards-finding-their-way-to-students/).

The biggest thing to remember is to talk to your kids about money as you use it. Stop making it a secret. When you take out the credit card, explain to your young kids that this is just a convenient and safe way to pay for things. The bank sends a bill each month and you have to pay it. Even show your kids the bill (unless it will scare them—and you!).

When you are eating at a restaurant, hand the bill to the kids and have them check the math to see if it is correct and help them to figure out the tip. When you are in the grocery store, show your kids your shopping list, coupons and items on sale. Make the experience more than saying, “Stop putting items in my shopping cart when I’m not looking!”

I have said it before and I will keep saying it: Make Your World Your Classroom. If we don’t teach our kids to live in the real world, someone else will, and the lessons may come too late.