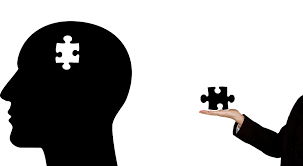 We all know that the U.S. is “greying”, the over 65 age segment is forecasted to be well over 98 million, more than double today’s number, and account for nearly 25% of the total population in a mere 30 years. What many do not know Alzheimer’s will also more than double and per John Bertelson, a neurologist at Dell Web Medical Center, this disease might be America’s next medical catastrophe. The numbers are staggering today Alzheimer’s affects one in three people over the age of 83, which based on current aging trends both in the U.S. and in developed countries means we could be headed to a worldwide health disaster much like polio was in the ’50’s. The USC Leonard Davis School of Gerontology reports:

All the numbers are adding up to an impending worldwide disaster in the health as well as the financial world. The world of science recognizes the importance of researching and developing a medical solution to this problem. As with all past diseases that caused serious harm and death to millions, doctors and scientists developed vaccines that virtually wiped out these diseases in the Western World. Researching and developing a vaccine is and has been one of the greatest achievements in the world of health. Combating an illness that threatens to become a worldwide catastrophe can be the impetus for creating an Alzheimer’s vaccine.

Exhaustive research has been spent learning what causes Alzheimer’s which is the first step to developing an effective vaccine. If you have ever sat through an Alzheimer’s presentation, you can visually see the changes that take place in the brains of Alzheimer’s patients’. For those less familiar with medical terms, you see the buildup of amyloid and tau proteins, that accumulate and make plaques and tangles that the brain can’t fight off.

Understanding why females are more susceptible to this disease is not as clear. Maria Carrillo, Chief Science Officer for the Alzheimer Association, says (August 2018) that women in their 60’s are twice as likely to develop Alzheimer’s than to develop breast cancer and further states that research into the “gender” bias of Alzheimer’s is critical. Complicating the research efforts is the fact that the disease starts 20 years before the diagnosis is made. There are multiple research studies and theories but no clear answers to the gender question. A promising study by Stanford, their study included 8,000 participants, found that if the gene Apo-E4 or variant of this gene was present the woman that had tested positive for the gene were twice as likely to develop Alzheimer’s than the women that had not tested positive however there was no significant correlation for the males in this study.

A while back Alzheimer’s research had developed a promising vaccine but when it went to human trials it was found to cause inflammation of the brain. UT Southwestern took up this problem and has just announced that it has developed another potential vaccine. Neurology professor, Roger Rosenberg and assistant professor, Doris Lambracht-Washington said the vaccine when administered to mice reduced the proteins contributing to Alzheimer’s by about 50%. Also, unlike the previous vaccine, there were no cells of the immune system that made an inflammatory product, and the test mice had no adverse reactions to the vaccine. Professor Rosenberg hopes that this vaccine will be able to reduce the damaging buildup of the amyloid and tau proteins. Human clinical trials should take about two years and the targeted age will be between the ages of 60 and 70.

A word of caution the previous vaccine did not show any adverse effects on the mice either however when it went to human clinical trial about 8 percent of those tested developed brain inflammation. Dr Rosenberg explained that the previous vaccine used a compound (peptide) that would make the body create antibodies that would decrease the number of harmful proteins, but it also caused brain inflammation in humans. They think they have solved this problem by using the DNA that makes the body create the peptide itself.

The U.S. could be on the road to discovering a solution to one of the most significant problems facing the world today. There is a long way to go, especially in solving the plight of woman with Alzheimer’s. To read further about this new Alzheimer’s vaccine go to The Daily Texan, December 11, 2018.