ASK NEALE: How to Unspoil Your Kids 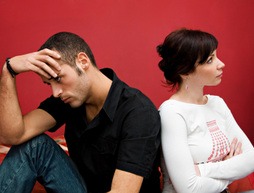 Like water dripping from a leaky faucet, a kid’s constant nagging can be annoying and almost impossible to ignore, but giving in can have real financial consequences. Whether your child repeats a demand nine, or 90, times, many parents eventually cave … understandably. Sometimes the nagging works simply because kids have more drive than their parents have patience. Other times, location matters—who hasn’t stood in a grocery store checkout line and heard a child pleading that he *needs* that lollipop? You may have been tempted to buy the candy and hand it to the kid yourself just to get some peace. However, while giving in for a dollar’s worth of candy may seem small, you are paving the path to nagging for bigger and more expensive demands. One family I worked with when I was a guest expert on “Oprah” was made up of indulgent parents and their nagging children. It was Christmas season, and they were still paying off debt from the previous Christmas. Now they were about to rack up another $5,000 in credit card debt just to appease their kids. We got to the core of the problem when they said that they would be considered “bad parents” if they didn’t say yes to the kids—in their estimation, “Good parents work hard so that their kids don’t have to go without anything.” > You have to say no, and you have to mean it. Be brave enough to weather an embarrassing scene and strong enough to resist an Oscar-worthy performance. I was aghast. I explained that being “good parents” means that your children are provided for—love, shelter, food, clothing, education and values. It also means teaching them financial responsibility. Giving in is financially harmful. A lot of kids like to invoke what I call the Fairness Doctrine, but nagging, “It’s not fair, it’s just not fair,” didn’t work with me, and my kids knew it. It wasn’t magic: I stuck to my guns and simply said, “It’s not fair isn’t working with me.” It’s the same way it worked when I grew up. When my mother said no, it meant no. It wasn’t maybe. It wasn’t sort of. It was no. No. What a magical word. You can say it too! ​ ​ ​