Are You A Social Entrepreneur? 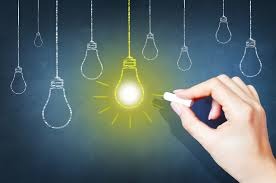 Millennials are now the largest segment of the U.S. labor market according to Pew Research, and they are pushing back on “business as usual” in corporate America today, says a recent article featured on MPR News. Profit, profit, and more profit is not a good enough motive for this new professional generation.

Millennials want meaning both at work and at home. In fact, they demand it and will quit if they don’t get it. Let’s face it, this all makes sense and we Baby Boomers know what the effects of the corporate rat race had on us. We’ve been chewed up and spit out at work, and by the way, our Millennial kids saw us suffer at the whims of “The Man.”  It’s not a big surprise to hear MPR Newssay, “The American workplace is the greatest cause of stress and costs corporations up to $300 billion a year in lost productivity.”

Ernst & Young noted in their recent survey that, “Millennials are the most likely generation to say that they would change jobs or careers, give up promotion opportunities, move their family to another place or take a pay cut to have flexibility and better manage work and family life.” There’s no doubt that Millennials want work/life integration and will vote for that with their feet.

Why are Millennials opting to become social entrepreneurs? Let’s start with the way they grew up. The Internet has certainly played a role. They are connected to it and to each other 24/7. Access is instantaneous and continuous and this connectivity creates a world of collaborators. They travel virtually via the Internet and in reality, as well.  They see the social disparities and frightening global situations like; climate change, gender inequality, resource scarcity, and terrorism that are all happening in their world. They care. They want real meaning in their lives beyond collecting things and homes and cars.

Mathew Paisner, Forbes contributor, described the following in a recent article: “Social entrepreneurship is the new black… Growing emphasis on social good in society is empowering millennials (ages 16-29) to balance their career goals with karma…” He goes on to ask, “Will social entrepreneurship drive a paradigm shift in the hiring procedures of corporate America?”

What is a Social Entrepreneur?

Ashoka describes social entrepreneurs as, “individuals with innovative solutions to society’s most pressing social problems.” This title of Social Entrepreneur is new, but there have been many wide-scale change makers, in the public and private world throughout history. Some that pop into mind are;

So, Where Do I Start?

The University of Connecticut hosted a Social Enterprise and Entrepreneurship Conference this year. The purpose was to connect students with state and business leaders who are dedicated to social enterprise. There are other groups, as well. Skoll World Forum lists jobs in the social sector that offer unique opportunities in the NGO/Government arena. Also, Forbes contributor, Samantha Smith wrote an article in 2012 about the “34 Places To Find That New Job: Social Innovators Edition.”

Your Millennial may need some coaching to really allow themselves to take a deep breath, and step back to discover their passions and commitments.  I’m involved with a non-profit organization called, 1Life Fully Lived.  They conduct seminars to encourage collaboration among Millennials who are seeking to make positive change in their lives, in the lives of others, and in the world. “We have found that everybody has a dream.  Few have a plan for their dream, and sadly, precious few are actually living their dream,” indicates Tim Rhode, the Founder of 1Life.  “The next step is to inspire and motivate a real plan of action including accountability for success or failure,” continued Rhode.

Even though Milton Friedman argued that the social responsibility of firms was to maximize profits, there are corporations who are also leading and encouraging social entrepreneurship. With deference to the genius of Friedman, he wanted citizens to make private donations and thus derive more personal satisfaction in that manner. The Schwab Foundation for Social Entrepreneurship, for example, provides platforms for sustainable social innovation and supports individuals and groups collaborating with the World Economic Forum.

The new social entrepreneur will not only change the world, they will change the whole pattern of the playing field, as we know it.  They will create global engagement and succeed where we have failed.  They will live the meaning in their lives and make it their livelihood.  They will bring the words of David Bornstein to life…”Poverty is not only a lack of money, it’s a lack of sense of meaning.”