2018 Will Be a Record Year for Harassment Claims 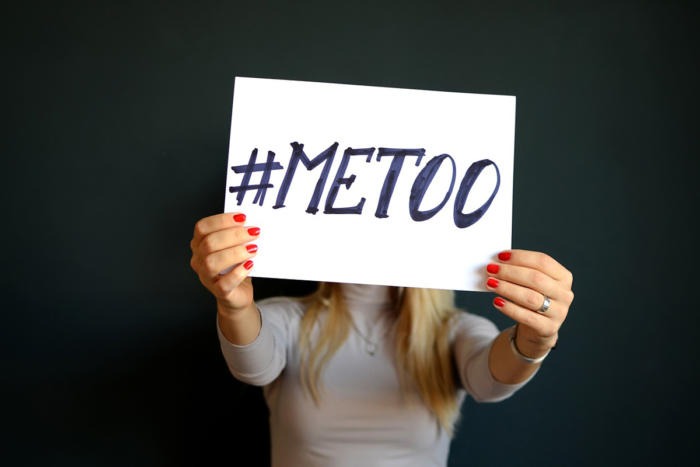 If 2017 was the year of a national reckoning on workplace sexual harassment, 2018 may be when reports from victims in cubicles and corner offices start piling up.

Here’s why that’s a good thing: Before companies can begin to rid the workplace of inappropriate behavior, observers say, employers need to go beyond handbooks and Powerpoint presentations to create an environment where employees feel safe and supported enough to report it. The Equal Employment Opportunity Commission estimates that three-fourths of all workplace harassment goes unreported, so as victims feel empowered, reports of sexual harassment may climb.

In a June 2016 report, more than a year before allegations against Harvey Weinstein were reported, the EEOC suggested managers be praised for an increase in sexual harassment complaints in their departments. Such an uptick would show that victims feel comfortable coming forward, the agency said.

Sexual harassment reporting has remained fairly steady over the last decade. The EEOC received nearly 27,000 complaints in 2016 that included an accusation of sex-based workplace harassment. Just over 1,300 of those were in Illinois. That’s a slight increase from the previous two years.

Scott Fanning, a labor and employment attorney at Fisher Phillips, is among those who agree that harassment reports will likely increase in 2018 as more victims feel empowered to speak up. He also believes the most serious forms of harassment will decline as some would-be perpetrators curb their behavior in light of extra-vigilant co-workers.

“The last thing employers want is to be the next #MeToo story in the news,” Fanning said.

In the past month, companies across Chicago have begun meeting with employees to start addressing the issue.

Avant, an online consumer lender, took the rare step in early December of hosting a discussion with a manager from its human resources department as well as an outside expert on employee assistance plans and a prevention educator from not-for-profit Rape Victims Advocates. Chris Armsey, a senior vice president, said the forum was an effort to spark conversation in the tech industry and across other businesses that have been afraid to speak openly about harassment or fearful that a discussion would paint a target on the company. It was the first time the company tackled the issue with all its employees together, as well as the first time it invited the public in to talk about a sensitive subject.

“I don’t want to say that we’ve cracked the code, but we have a culture where we can talk about it,” Armsey said.

Avant has about 500 employees and women account for about 45 percent of the staff, according to spokeswoman Carolyn Blackman Gasbarra. She declined to say whether the company had received sexual harassment complaints.

The after-work discussion, held in the sleek two-story atrium of the company’s Loop headquarters, drew more than 100 people who asked questions about how to help peers if they were harassed and some about how to replicate the discussion at other companies.

Carrie Gibson, head of talent development and the event’s moderator, admitted to the crowd she thought the #MeToo discussion would be too late to catch the wave of headlines that started with Weinstein. But she quickly realized the discussion wasn’t going to fade anytime soon.

Chicago tech incubator 1871 will make sexual harassment training mandatory for all its members in 2018, and some companies have expressed interest in hosting their own workshops, said Vanessa Yeh, director of brand, marketing and communications.

“We feel it’s important that this conversation is framed within the larger context of making tech and business in general more accessible and hospitable to women through many different avenues, and there are many ways 1871 is driving that forward,” Yeh said.

The tech industry, like Hollywood, has had to grapple with many of its own major players being accused of sexual harassment in recent months, and broader accusations that the male-dominated tech culture breeds an environment where inappropriate behavior toward women is accepted or overlooked.

Adam Ochstein, founder and CEO of human resources consulting firm StratEx, believes the #MeToo movement has put CEOs and other business leaders on notice that they need to address — and prevent — workplace harassment.

That has included Ochstein himself, who brought up the issue in the company’s monthly all-hands meeting in December.

“I think people put a check in the box when they talk about the handbook and policies with new employees, but I don’t think anyone has brought it to the forefront like it should have been,” he said.

But Ochstein also noted the lines between professional and social settings are increasingly blurred in today’s workplace. Employees may play a game of pool together at the office or take a weekly trip to a nearby bar together on Friday nights — situations that can increase camaraderie but also could lead to unwelcome advances or harassment.

“It used to be one time a year you’d have to worry about employee behavior — at the office holiday party,” he said. “That’s happening all year round now.”

Ochstein said he agrees the national conversation will likely raise the number of sexual harassment reports, but he’s also concerned about some of the accused being deemed guilty too quickly. “I can tell you unequivocally, if one of my male employees were accused, I think I’d be quick to jump to the end of the process too,” he said.

Ochstein said that despite many companies’ insistence that their policies and training were sufficient before the public outcry, he believes a hard look in the mirror is unavoidable.

“I guarantee you, every company is having this discussion,” Ochstein said.